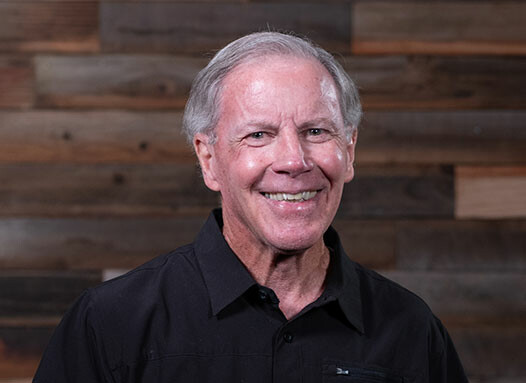 John and his wife Gail have attended CF for over 15 years. They live in Pleasanton and have been married for 48 years and have one daughter Laura and 3 active and healthy grandchildren that they love to spend time with.

John was born and raised in California and attended UC Riverside earning a BA in Economics and UCLA, earning an MBA. Before retiring in 2003 John worked 20 years at Lawrence Livermore National Lab as CFO.

Since retiring, John has served over 15 years on staff at Cornerstone in several roles: Missions Director, Exec Team Member and as Exec Pastor.

John serves on the Leadership Team as a staff volunteer, his roles include Vice Chairman of the CF Board, church generosity, stewardship planning and mentoring.

John has always had a passion for missions and outreach and he serves on ministry boards and advisory groups.

John a men’s life group, and in his spare time loves being active with mountain biking, basketball and chasing Grandkids.